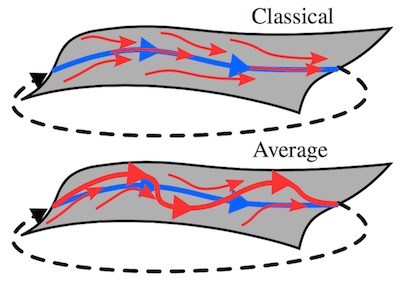 We refine and advance a notion of parallel composition to achieve for the first time a stability proof and empirical demonstration of a steady-state gait on a highly coupled 3DOF legged platform controlled by two simple (decoupled) feedback laws that provably stabilize in isolation two simple 1DOF mechanical subsystems. Specifically, we stabilize a limit cycle on a tailed monoped to excite sustained sagittal plane translational hopping energized by tail-pumping during stance. The constituent subsystems for which the controllers are nominally designed are: (i) a purely vertical bouncing mass (controlled by injecting energy into its springy shaft); and (ii) a purely tangential rimless wheel (controlled by adjusting the inter-spoke stepping angle).We introduce the use of averaging methods in legged locomotion to prove that this “parallel composition” of independent 1DOF controllers achieves an asymptotically stable closed-loop hybrid limit cycle for a dynamical system that approximates the 3DOF stance mechanics of our physical tailed monoped.We present experimental data demonstrating stability and close agreement between the motion of the physical hopping machine and numerical simulations of the (mathematically tractable) approximating model.