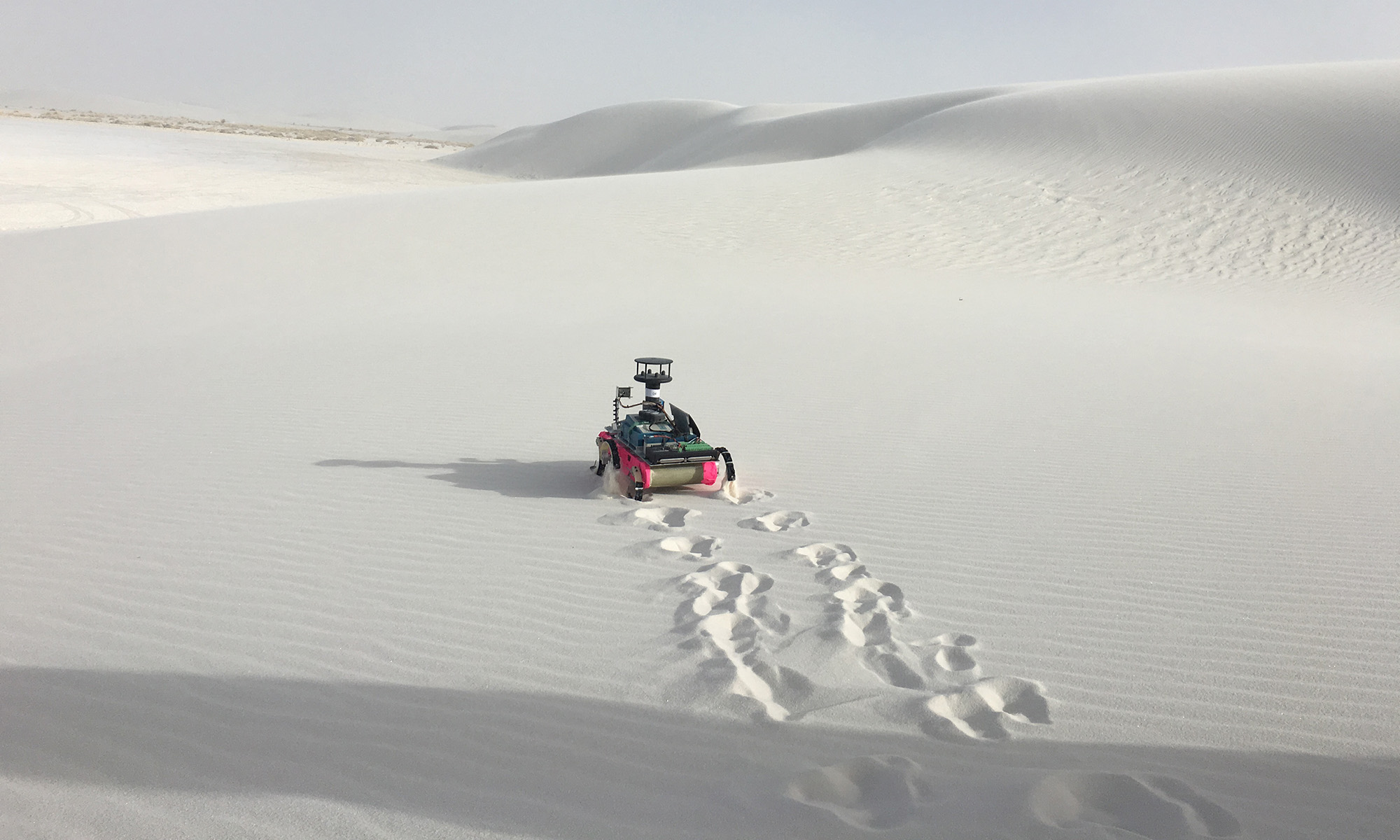 Kod*lab maintains three X-RHex robots which are available to students and collaborators for short- or long-term research projects. Currently, two robots are kept on-site for student research and demonstrations, while one robot is loaned out to collaborators in aeolian science as part of the Legged Locomotion for Desert Research grant. One XRL robot is belonging to Kod*lab is on loan to CMU, for which the lab provides technical support. The lab also provides technical support for robots which have been purchased by other entities, including two X-RHex robots at the Museum of Science and Industry, one X-RHex robot at the Army Research Labs, and one XRL robot at Temple University.

The X-RHex robots, a group of biologically inspired hexapods that are small enough for a human to carry in a backpack (10kg) while offering a large, flat back (57 x 39cm) on which a diverse suite of sensors can be mounted, have demonstrated great capabilities for a variety of aeolian measurement tasks. During the past two years, RHex has been deployed for desert research missions with aeolian scientists in White Sands National Monument (New Mexico), the Jornada Experimental Range (New Mexico), Little Dumont Dunes (California), Oceano Dunes (California), and the Tengger desert (Ningxia province, China). We expect that in the near future RHex will operate more autonomously in harsh environments and help scientists solve more challenging problems.