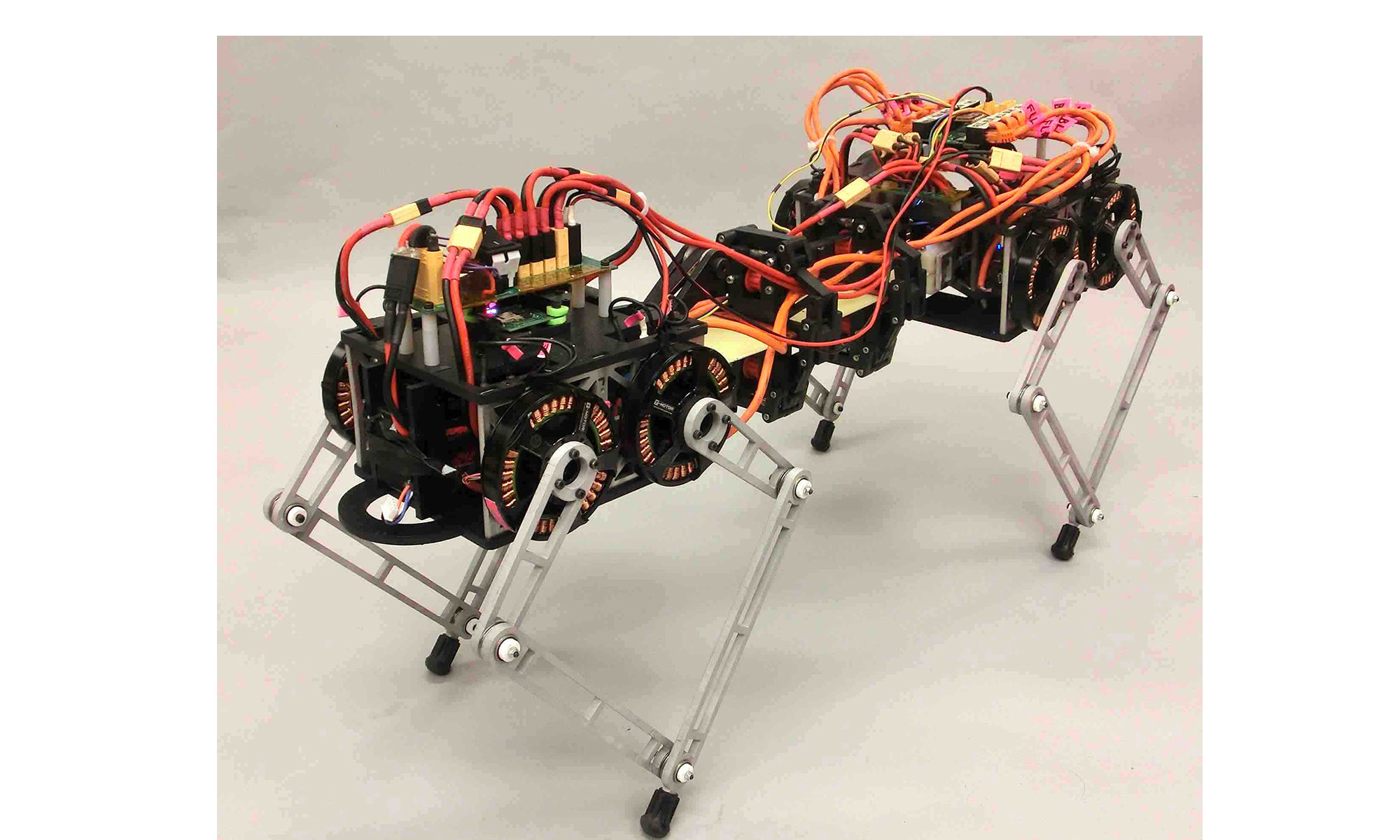 The Inu robot has an actuated spine mechanism between its front and rear legs that we have shown increases the dynamic mobility of the robot beyond what would be gained if the spine weight was instead converted to additional leg actuation.

We focus on designing and analyzing robot morphologies and formal behaviors for achieving agile legged mobility.

Current projects include using novel morphologies such as core actuation (adding a motor-driven “spine” to the robot) which we have shown in certain cases can increase the leaping agility of a robot beyond what would be capable with legs only, and methods for taking advantage of environmental features for achieving agile tasks.

Past work has focused on quantifying what it means for a robot to be agile, and how can we measure agility in a way that does not unfairly advantage size or weight. We offer “specific agility” — which we define as the amount of work a robot can do against the ground in a single leap, divided by its mass — as an easily measurable scale-invariant metric for laboratory experiments.
Towards Bipedal Stance

Quiet bipedal stance, or the ability to stand on two legs without taking steps, is lofty goal and benchmark toward maximizing the utility of a quadrupedal platform. In this paper, we first show that the sagittal plane abstraction of the Minitaur platform can be kinematically reduced to an Acrobot, but that the optimal control LQR strategy that has proven effective for stabilizing Acrobots is not effective on the bipedal Minitaur, even in a sagittal plane simulation.

The analysis between different scaling of models is crucial for both scientific and commercial research. On the science side, a hypothesis on oversize or undersize objects could be verified through performing experiments on a regular size object and then applying some dimensionless analysis. On the commercial side, a regular size prototype could be tested before realizing a real size model to lower the cost and time. Though theory on scaling is well established in physics and fluid dynamics, it is not very clear whether robots would follow the scaling law or not, especially since robots are often build with complicated mechanism with their motion being highly dynamical. Thus gives us the interest to study robotic scaling.