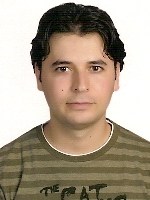 Omur Arslan is currently a Postdoctoral Fellow in Electrical & Systems Engineering at the University of Pennsylvania under the supervision of Daniel E. Koditschek and George Pappas. Mr. Arslan has been affiliated with Kod*Lab, a subsidiary of GRASP Lab, since August 2009. His research interest has included bio-inspired robotics, legged robots, and dynamical locomotion of these systems. Previously, Mr. Arslan was a research and teaching assistant in the field of robotics and control at Bilkent University, Turkey. He was a member of Bilkent Dexterous Robotics and Locomotion Group (BDRL) and studied on characterization and dynamical locomotion of the spring-mass hopper, a simple monopod model. He also worked as a member of a research group working on the design of a highly dynamic, sensor-rich hexapod robot, SensoRHex. Mr. Arslan earned an MS and a BS degree in Electrical & Electronics Engineering at Bilkent University in 2009 and at Middle East Technical University (METU) in 2007, respectively.