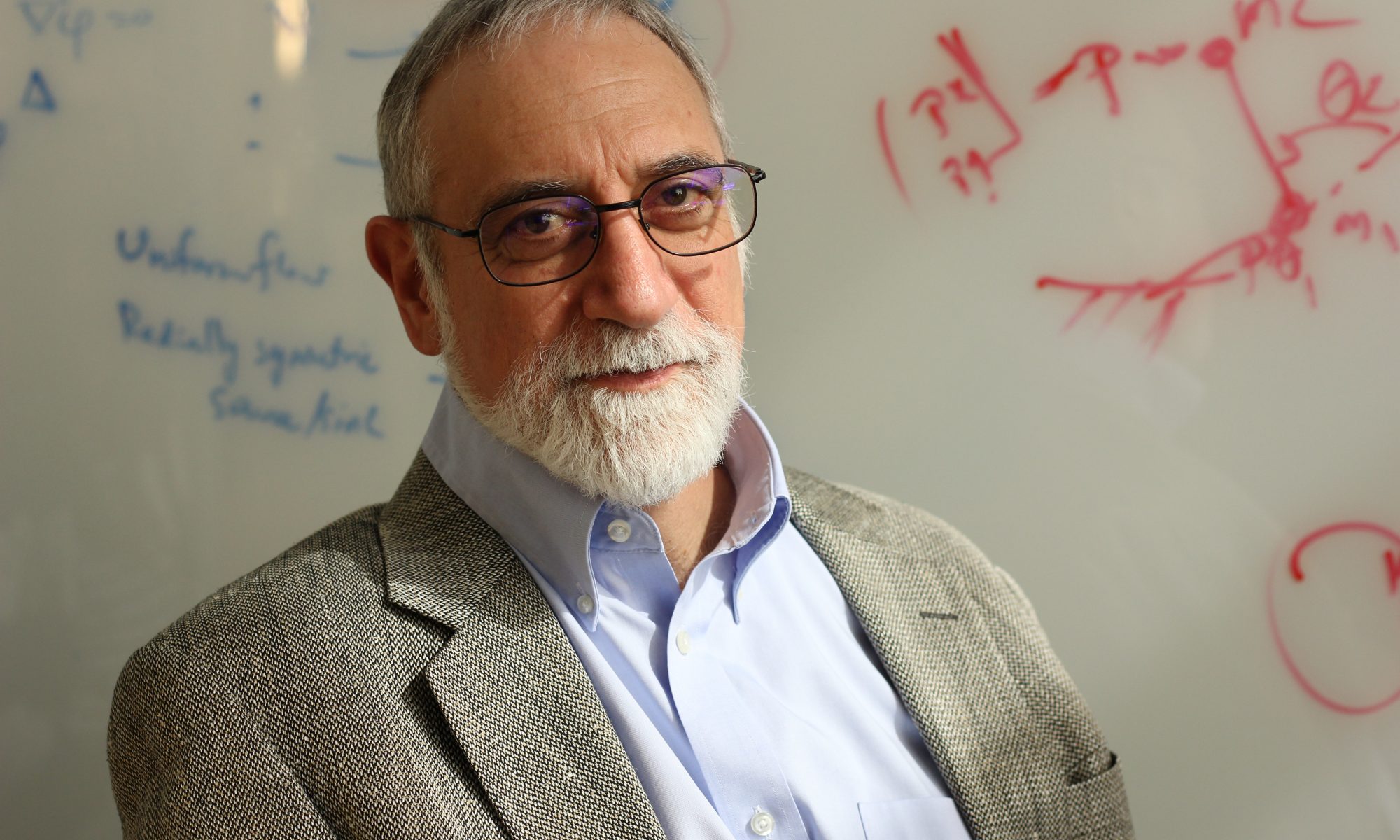 If these hours don’t fit your schedule, then please work with Diedra to find an individual appointment kodadmin@seas.upenn.edu.

A bit about me

Over the past two decades it has been my exciting pleasure to lead a research group that we have loosely come to call “kodlab.” Some of our publications are now online (also becoming available through the Penn Scholarly Commons), and I am gradually bringing my teaching materials into a readily accessible format as well.

I am married to Anne Teitelman whose research focuses on HIV prevention among adolescents and in understanding intimate partner violence as an HIV risk factor. Our son, Ben, is excited about design and our son, Alex, is excited about too many things to yet find expression on the web.

This course reviews three decades’ development of agile legged machines, treating past and recent advances as well as remaining formidable challenges in the materials selection, design, and programming of robots that can run, leap and climb through complicated, unstructured terrain. Emphasis is on developing understanding of and facility using key dynamical primitives whose composition allows more complicated behaviors to emerge from simpler constituents. Several historical case studies will be used to illustrate how advances have rewarded interdisciplinary thinking about animals, materials, mathematics and mechatronics. Course credit will be based on problem sets and coding exercises.

Introduction to the nature and process of engineering research as represented by ongoing ESE faculty (and collaborating colleagues’ and industrial partners’) research projects. Joint class exercises in how to pursue effective background technical reading, pitch a proposal, and aim for the discovery of new human knowledge to complement the individually mentored topic specific project work.

Spring 2010
We are running a second administration of the new course ESE 250, (“Digital Audio Basics”), developed by Andre’ DeHon, intended as a motivating introduction to the new Computer Engineering Major (a revised version of the old CTE Major) within ESE.We will plan to run ESE 313 once again in a year’s time, in the Spring 2011 semester.

Fall 2009
I am assisting Andre’ DeHon in the development and pilot delivery of his exciting new course, ESE 250, (“Digital Audio Basics”), intended as a motivating introduction to the new Computer Engineering Major (a revised version of the old CTE Major) within ESE.

Spring 2009
ESE 313 ran in its first regular admission for Spring ‘09. My TA, Sam Russem, and I share a pedagogical interest in developing lifelong learning skills using the paradigm of a research scientist as the basis for a laboratory-focused learning experience addressing the challenges and opportunities of bioinspired robotics.Here are some samples of class assignments and pointers to some of the students’ class work.

My collaborators and I developed a new freshman introduction to Electrical Systems and Engineering. Supported initially by an NSF DLR grant, we developed an inquired based approach which has attracted attention in the local Penn press for its novel robot-focused laboratory and popular public events. The class has morphed into the now stable ESE 112 whose associated curricular materials are collected here. A brief account of the evolution of the course and some preliminary assessment of its efficacy is presented in a recent conference paper.I have taught a wide variety of courses ranging from discrete mathematics and dynamical systems theory to circuits and even introductory automata theory. To support some of the new interdisciplinary courses I hope to develop in future years, I will be slowly posting materials from these past classes as time permits.

Koditschek’s research interests include robotics and, more generally, the application of dynamical systems theory to intelligent mechanisms. His more than 200 archival journal and refereed conference publications have appeared in a broad spectrum of venues ranging from the Transactions of the American Mathematical Society through The Journal of Experimental Biology, with a concentration in several of the IEEE journals and related transactions. Various aspects of this work have received mention in general scientific publications such as Scientific American and Science as well as in the popular and general lay press such as The New York Times and Discover Magazine. Here is a sample of some recent mentions in the popular press.

Dr. Koditschek is a member of the AMS, ACM, MAA, SIAM, SICB and Sigma Xi and is a Fellow of the IEEE and the AAAS. He holds a 2016 US Vannevar Bush Faculty Fellowship awarded by the US Assistant Secretary for Defense (Research and Engineering). He was awarded the 2016 IEEE Robotics and Automation Society Pioneer Award  and the 2017 Penn Heilmeier Award for Excellence in Research. Koditschek holds secondary appointments within the School of Engineering and Applied Science in the departments of Computer and Information Science and Mechanical Engineering.